 Overview:
Since 2005 Hosei University Research Center for International Japanese Studies (HIJAS) has co-organized workshops annually with the Centre Européen d’Études Japonaises d’Alsace (CEEJA). We recently began to collaborate with the Consortium for Global Japanese Studies (CGJS) and focused on academic exchange between young scholars from Europe, Japan, and beyond. Due to the Covid-19 situation, our fourth EU-Japan Young Scholars Workshop this year was organized as a HyFlex format (face to face + online) based in CEEJA at Colmar. Our workshop took place for three days with a theme of “Japanese Studies and Transnationalism.” We have set a sub-topic for each day, “Transnational Culture” (day one), “Connecting with the West and the East” (day two), and “Transnationalism and Boundaries” (day three), with twelve scholars presenting their work. As keynote speakers, we have invited Naoki Sakai (Cornell University), Claudia Derichs (Humboldt University Berlin), and Sandra Schaal (Strasbourg University) from the US, Germany, and France. The other nine presenters were young and emerging scholars affiliated with institutions in Germany, the UK, France, Switzerland, Italy, and Japan. In addition, commentators from CEEJA, Strasbourg University, CRCAO, Nichibunken, Meijo University, and Hosei University contributed to a lively discussion over the workshop theme.

There was two main aim for this year’s topic on “Japanese Studies and Transnationalism.” Theoretical and methodological on the one hand and empirical on the other. In the past decade, we have observed an emerging paradigm to comprehend our world from a global and transnational perspective, namely the “global turn.” On the one hand, this new paradigm initiated empirical studies that explore phenomena cutting across national borders. At the same time, more broadly, scholars considered it a pivotal approach that transforms our existing epistemological understanding of the world. In sociology, for example, scholars criticized “methodological nationalism” that modern sociology was heavily based on the nation-state framework and instead proposed to grasp society beyond national society. Then, how would the “global turn” impact area studies and Japanese studies? Since area studies is a field that directly explores the characteristics of nation-states and people living there, “global turn” can be even more critical and fundamentally challenge the identity of area studies. Hence, through the workshop, we thought to explore how actually do transnationalism possibly transformed Japanese studies.

We have asked several scholars who would provide valuable insights into such a question. For Sandra Schaal, who has supported our past workshops, we have requested her to present on another topic based on a book she recently published in 2020. She has given us a fascinating presentation that revised our passive and negative image of Jyokōaishi (sad story of factory girls) and provided us with lively narratives of the Japanese silk mill workers as women with agency. On the other hand, the two other keynote speakers are scholars who have been writing about transnationalism and area studies in the US and Germany. Especially, Naoki Sakai has written essential works on how transnationalism would profoundly transform area studies. The title of his talk for our workshop was “Internationality and Transnationality: Translation and Area Studies.” Area studies developed in the US were based on “internationality” with a strong affinity with nation-state with a precondition of territory with a clear boundary and a world order based on pax-Americana. On the contrary, “transnationality” goes in the direction that invalidates such territorial space. Thus, “transnationality” grasps the borders more as a horizon that symbolizes the limit of visibility and marks the zone of transition toward space beyond visual accessibility. Based upon such notion, Sakai proposes transforming our world view from “internationality” to “transnationality” and deconstructing area studies based on the perspective from the latter. The other speaker Claudia Derichs provided us insights from a slightly different perspective, which was more on the methodological relevance of transnationalism. “Transregional studies” is an approach proposed to grasp layers of different relationships between the local, national and regional levels. Another approach she introduced was “Asia as a method” by Kuan-Hsing Chen, which proposes looking at societies in Asia from the concept of “Asia.” In a similar vein, there is also Yuzo Mizoguchi’s “China as methods” that attempt to transform the perspective of China. The “reverse the gaze” was Elisio Macamo’s fascinating approach to reverse the concepts to describe non-western society back to the West (e.g., “tribes”). Derichs has claimed the significance of looking at Japan and Asia through the transnational lens and how such an innovative perspective would overcome Eurocentrism.

To such a question, empirical findings from the presenters have provided us with meaningful insights. All nine presentations were fascinating case studies exploring phenomena that cut across nation-state or ethnic boundaries related to Japan from multiple perspectives. While the field of research was mainly in history, cultural studies, and history of thoughts, we can categorize the topics of each presentation as follows:
1. The geopolitical location of Japanese civilization within world civilization（Maria Carlotta Avanzi, Chiara Rita Napolitano）
2. Japan’s role as a mediator between the West and the East（Yijie Chen, David Malitz）
3. Transnational practices of Japanese people and border control (Takahiro Yamamoto, Danila Kashkin, Pia Maria Jolliffe）
4. Encountering with others and Japanese (ethnic) identity（Aki Yoshida, Michiyo Koga）
These presentations have shown us that transnationalism has multiple approaches depending on the era, object, and perspective of researchers. At the same time, presentations vaguely showed us the characteristics of Japanese transnationalism. Paradoxically, by looking at Japan’s geopolitical position, hurdles for transcending national borders, Japan’s border control, and Japanese identity that emerge through transnational interactions, we were able to grasp some aspects of Japan’s characteristics.

Over our three-day workshop, we have learned about Japanese studies and transnationalism through theory, approaches, and empirical studies. However, the discussion during the workshop also went beyond our expectations. Our past workshops have been primarily dialogues between scholars from Europe and Japan (and Asian scholars affiliated with Japanese universities). However, this year, from the effort of one of our organizing team Tsuboi Hideto, we invited Naoki Sakai from the US. Through intense discussion with scholars from Japan, Europe, and the US and from different generations, we observed divergent perspectives on Japan and the world. Moreover, we have also reconfirmed the remaining cultural differences between Japanese and area studies between the regions. Originally, Japanese studies in Europe and the US (and Japan) have emerged in a different context with distinct intellectual traditions. Nevertheless, the rise of the global academic field in humanities and social science has urged those academic cultures into question and even transformed their characteristics. The topic of transnationalism and different transnational practices (on-site and online participation) also led our discussion to controversial topics – such as the meaning of transnationalism,the West and rest the binary , Asianism, and pax-Americana, among others. The transnational academic exchange within Japanese studies would certainly be enhanced in the future. We hope that our workshop in Alsace with a unique history of transnationalism and boundaries would continue to contribute intellectually as a space of experimental transnational dialogue.

Abstract of each presentation  can be found here. 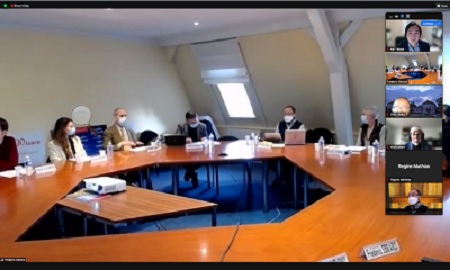 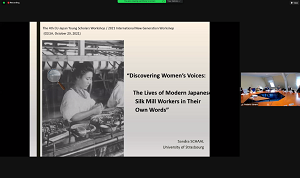 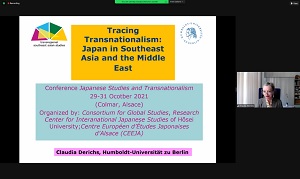 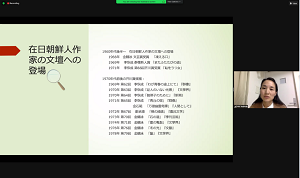 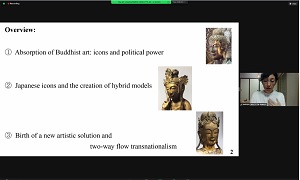 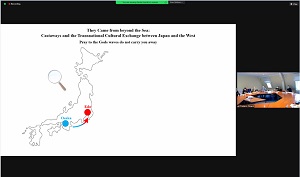